Skip to the content
Become a Vendor
Become a Affiliate
Login / Register
0Cart $0.00
0
Search
Follow Us
Home » Blog » That Ankh Life » The Cosmic Calendar and The Original New Year

Since a child, you have always thought it would make more sense for the new year to be in spring. But there is much more to it…

As always we must provide a disclaimer for the information provided. New information and Enlightenment often challenges traditional beliefs. Enlighten yourself at your own risk.

The Cosmic Calendar and The Zodiac

As the sun orbits about 43,500 mph around the center of our “milky way” galaxy, it visually appears to go through certain groups of “stars” called constellations. There are many constellations, but the sun only travels through the same 12, these are the Zodiacs. 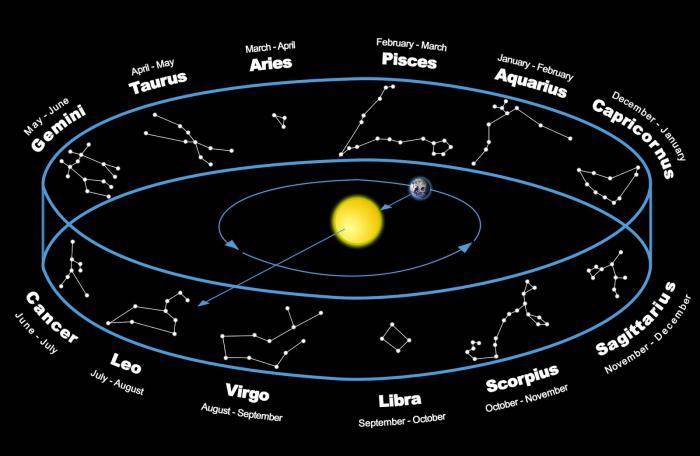 These zodiacs (houses) are used a little differently then the way you may have heard before. Most use the zodiac on the Lunar and Solar Calendar, which uses the sun’s alignment with the zodiac, To help with the seasons throughout the year.

But the use of the zodiacs in this setting it’s based on the galactical, or Cosmic Calendar, whose orbit is in the opposite direction. In this case, the zodiacs occur in reverse order from the solar calendar, and helps determine the “Ages”. 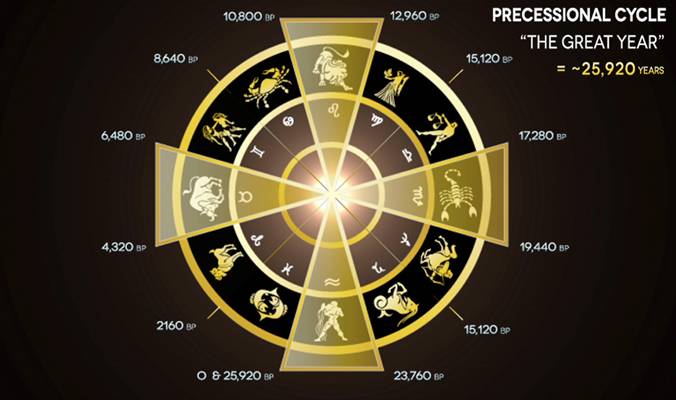 An Astrological Age is approximately 2,160 years, exactly 1/12 of “The Great Year”, that’s how long it takes for the Sun to orbit its sun, and travel through it’s Zodiac. Traveling through the 12 zodiacs makes 360°. Every 72 years was one degree   Time was measured in Degrees!

This is why Ancient calendars are all circles. They understood the math and the cycles. Years would be counted from the beginning of the “Age”.  By this calendar, The current year is 15,107?, the Age of Pisces officially ended in what is now called 2012, as our ancient ancestors predicted.

Not the end of the world. “Age” and “World” have been a great mistranslation for centuries. Many ancient texts, artifacts, and even throughout the Bible, translators have coincidentally or intentionally mistranslated “Age” as “World”. And continue to do so. This one mistranslation has put many souls into fear instead of enlightenment. 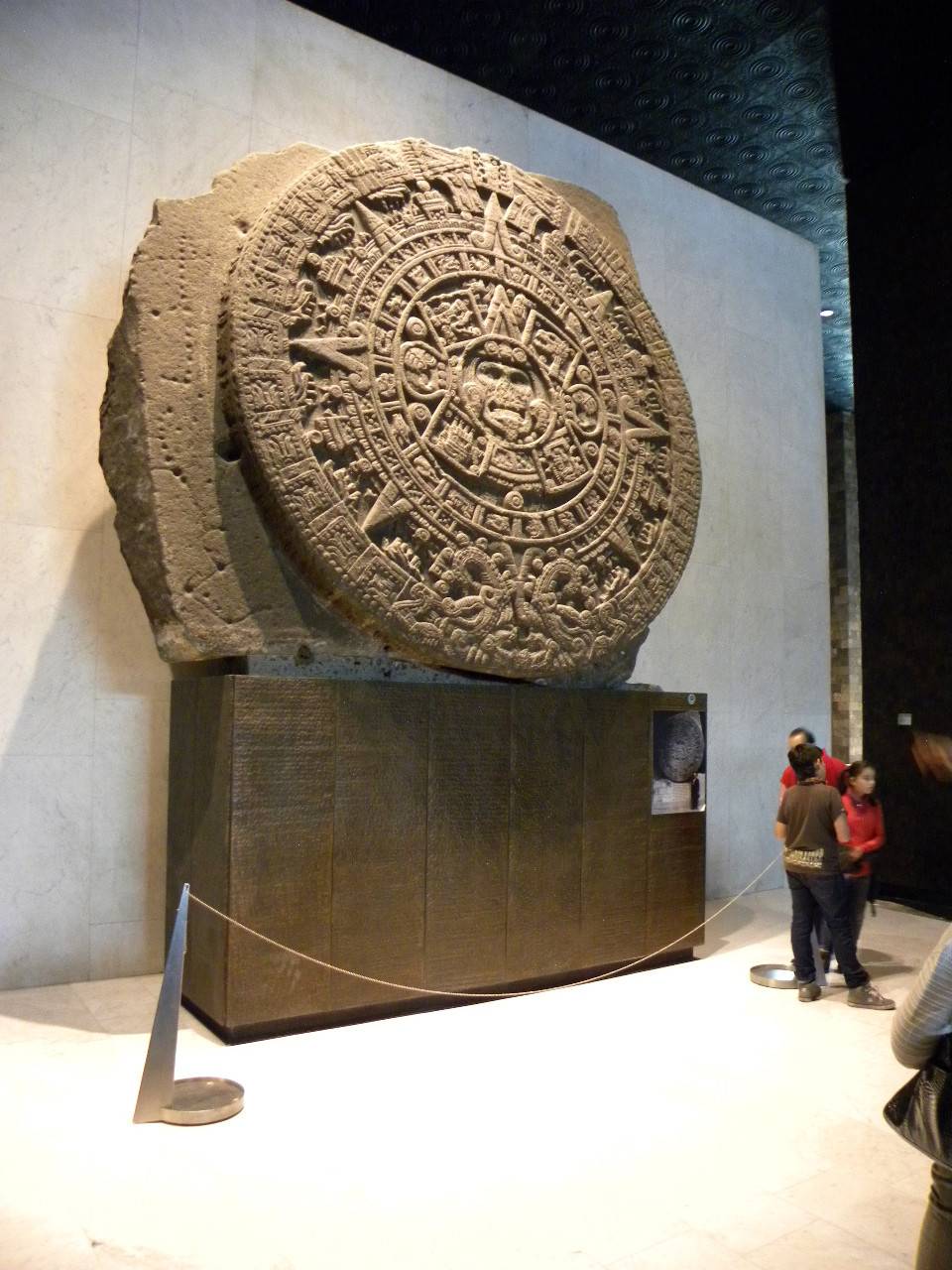 We are now on the “cusp” , which is the space/time/degrees in between zodiac constellations. We’re exiting Pisces the last sign of the zodiac, heading into the Age of Aquarius.  Some historians and mathematicians have set the beginning of the Age of Aquarius in the year 2034. The numbers and dates are debated. The point here is to understand the general concept.

I know you can feel a change in the world… Most people, and the media, focus on certain effects, and how people, and climates are getting more violent …But there are other changes happening simultaneously, changes that you don’t want to miss. …a collective enlightenment, a need for knowledge and information… and the universe providing for that need. An occurrence that hasn’t happened since Ancient Egypt, before the Pisces Age of Deception.

So when was the original New Year? 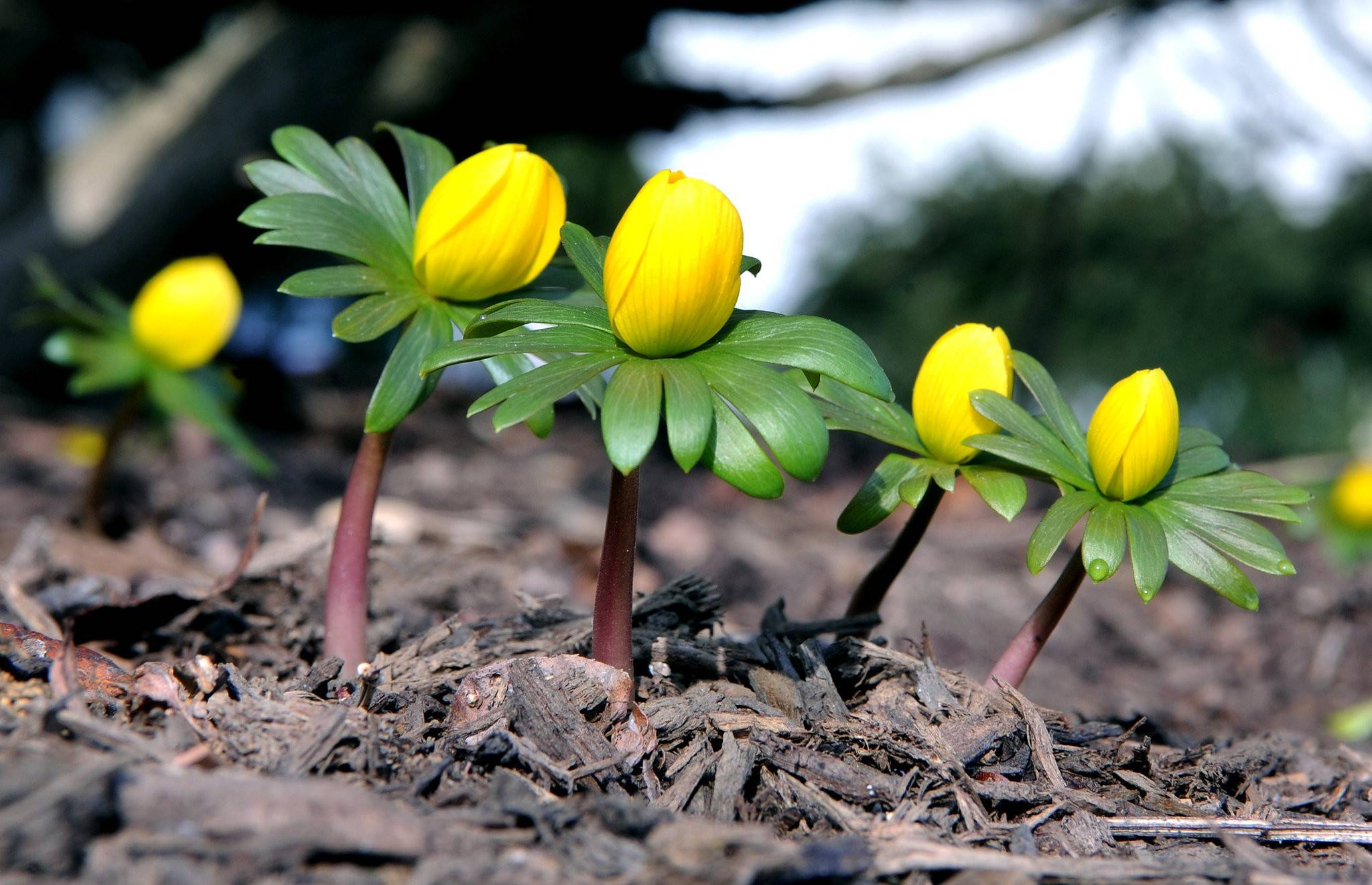 … The Spring Equinox! Here in the Northern Hemisphere approximately March 20th! ..or “vernal equinox” this is when the sun crosses the earth’s celestial equator (the line of the equator if extended out from the earth). This is when the earth gets closer to the sun and the sun begins to revitalize the world’s melanin and chlorophyll (which are very molecularly similar?, more on that another time) …and many other elements of this world that lay semi-dormant through the colder darker months. 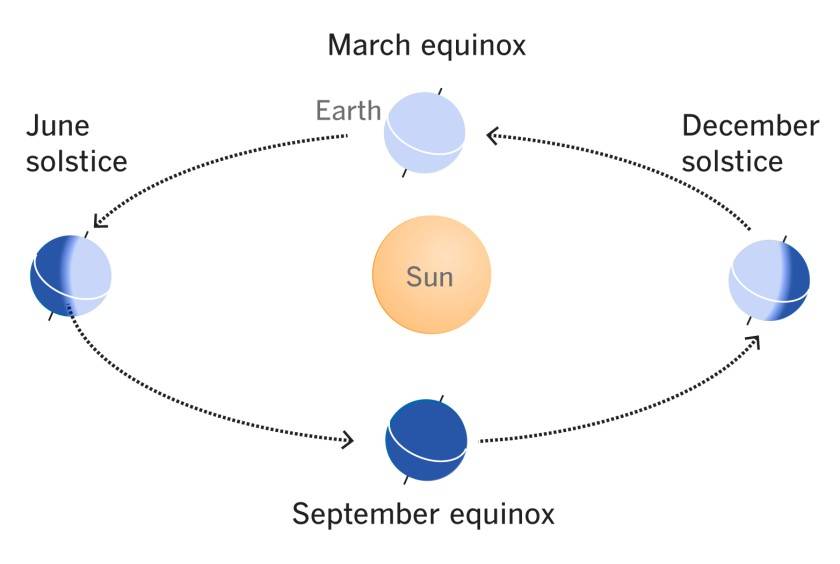 Why is January 1st the New Year?

You guessed it! The “European religion of agenda” as some call it, lol.

The earth is almost 3.5 billion years old, for most of that time, organisms, animals, and people used nature and astronomy as its calendar, based on how it affects the earth and its inhabitants. Astronomy, Biology, Physiology, Physics, even Numerology were not necessarily separate areas of study in ancient times.

Since about 1500 BCE (the cusp of the Pisces Age). These understandings have been conquered, stolen, renamed or hidden. Part of the reason is due to lack of understanding. And many fear what they don’t understand. 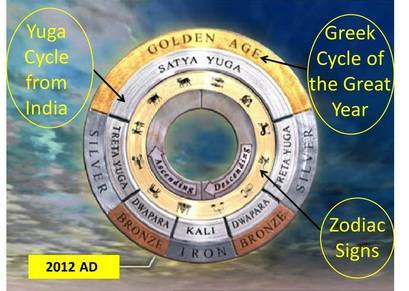 Another part of this is “Art of War”. Conquering such great intellectual, but mostly peaceful spirited civilizations was relatively easy. Just be the first to use gunpowder in a violent manner, act friendly, then sneak attack. Even today, a nation of soldiers would overthrow a nation of intellects and engineers quite easily?.

This task is not as easy, and has taken daily effort to maintain for over 2,000 years. This includes changes to the calendar.

So let’s talk about the calendar.

Before Julius Caesar came back from Kemet, the European/Roman calendar was based loosely on the number of years since the establishment of Rome. Very loosely, as in roman high priests even changed the length of years to rid or keep politicians in office… ie. the year 46 bc had 445 days. ?

Julius Caesar standardized the calendar the next year in 45 BC. There was no “BC” at the time, and the year was actually 709 based on the establishment of Rome.

Caesar’s “scientists” established that the earth took 365d 5 hrs, 48m, 46s to orbit the sun, so they made the calendar 365 days with an extra day every 4 years.  This calculation still made the average year 11 min and 14 seconds too long, This difference becomes much more evident after a few hundred years… when they change it again.

Have you ever thought September should be the 7th month? October the 8th? November 9th? and December the 10th month? …Well in early Rome the beginning of the year was still spring, those months used to line up.

It was 700 BCE when Roman ruler Numa Pompilius added January and February in honor of the Roman God Janus.

And It was  44 BCE, Julius Ceaser changed the name of his birth month from Quintilis to “July.” And Later, when Augustus became the next Caesar, his birth month changed from Sextilis to “Augustus.”?

In A.D. 525, Dionysius Exiguus, a Roman-Jesuit monk, determined that Jesus was born in the year 753 on the Roman calendar. This eventually became the new “Epoch” of time that we use today. And the world began recounting time from Jesus’ birth.

Dionysius Exiguus also started the terms B.C. (before the birth of Christ) and A.D. which is often misunderstood as After death, but that would leave Jesus’ 33 years of life, off the world timeline… The truth is A.D. is an abbreviation for Anno Domini meaning “in the year of our lord”. This begins at Jesus’ birth, not death. Accordingly, Jesus would have died in 33 AD.

Today we use The Gregorian, aka Christian, aka Western calendar established by Roman Catholic Pope Gregory the 13th.

In an attempt to fix the errors of the Julian Calendar and to prevent Easter from getting too far from the beginning of spring. On September 4th,1582 they reset the length of the year by a few hours, as well as the leap year. And jumped forward 11 days! The next day was Friday, September 15th, 1582.? 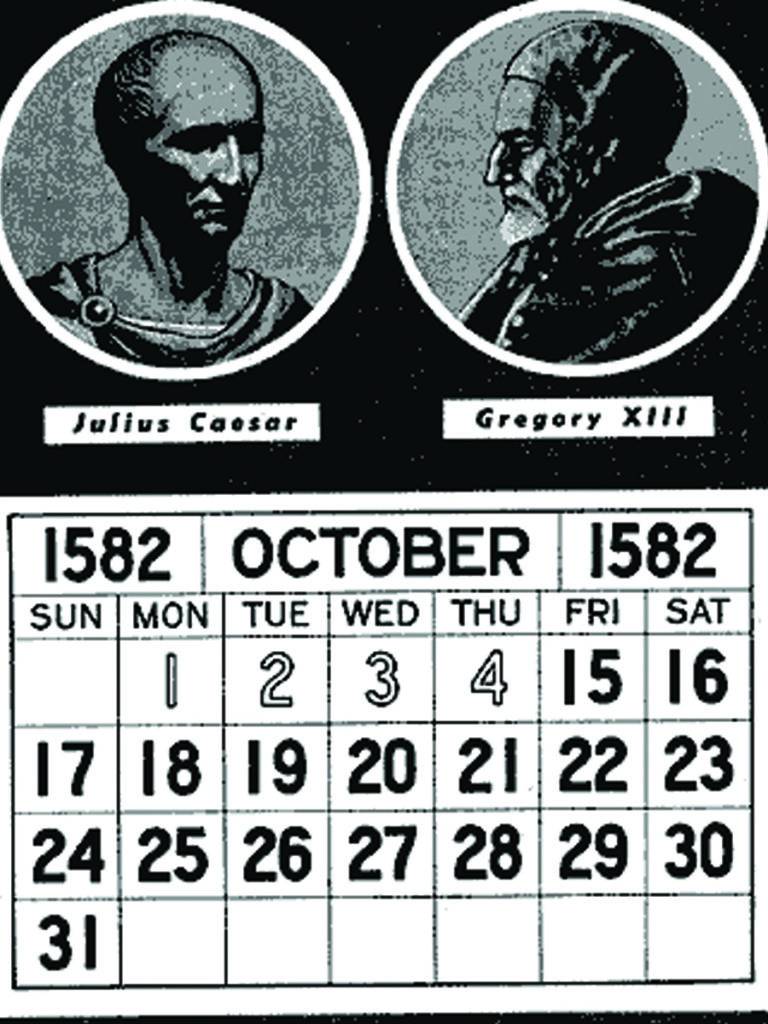 And guess what, even with our “modern” adjustments, we will have to change our calendar again by 4049.

The age of Pisces was the age of belief systems, of control, of slavery, of ego, of hidden knowledge. Those who chose service to others rather than self, were generally rare outcasts. But it was an age that was technically just a part of nature’s cycles. Cycles of energy, and molecules, and electromagnetism, and spirit, on a cosmic scale. 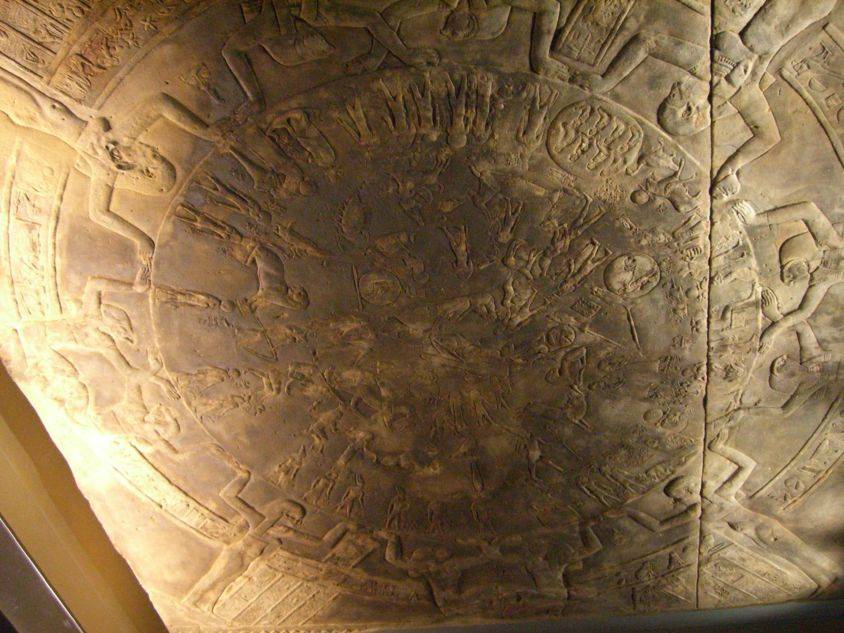 Why Does It Matter?

We have only spoken about the changes in the years and months. There is much lost in translation and manipulation in the days of the week, and even down to the length of a second.?

It won’t matter to many, and it shouldn’t.

But If the mystery and deception of information doesn’t spark your curiosity, consider that this information throughout the age has been used as a weapon.

Used as part of an agenda to take melanated people off their chemical interaction, connection, and synchronization; with nature, and their spiritual systems.

Early African visitors and Invaders learned more about the power of collective thought, and the energy created through the repetitive motion of rituals.

And while using the information themselves, they understood that letting certain information out would neutralize their leverage and control?. Unfortunately, most of us reading this are descendants of those who were violently cut off.

The current celebration of the current New Year, like most “holidays”, maintains a disconnect, and is technically a ritual that helps you consciously maintain that disconnection from this understanding, aka awareness, aka consciousness?.

And once you are aware of a little, it will spark your curiosity to learn, and become aware of more. 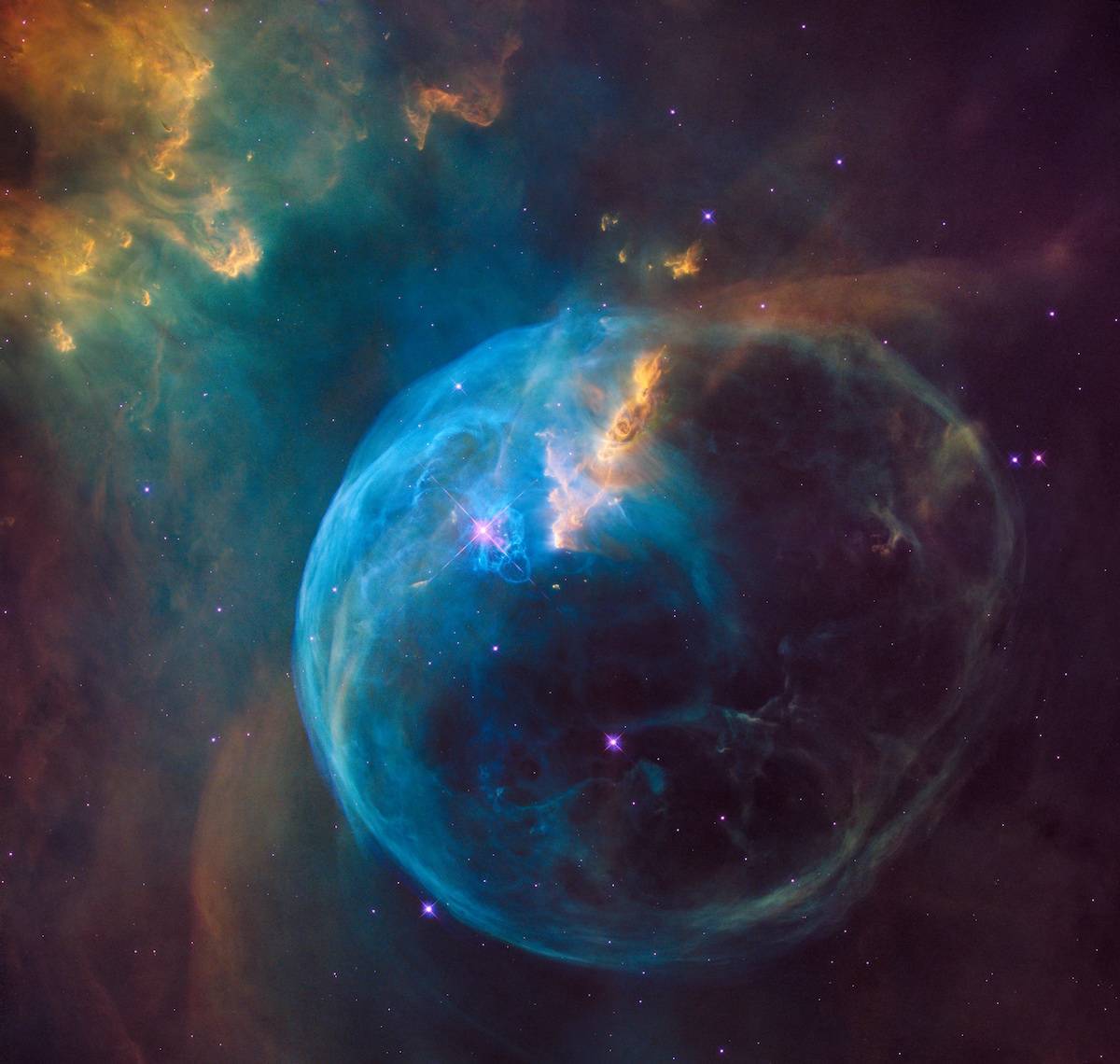 The combination of these activates certain DNA that affects human potential during certain times. We just use the Zodiac constellations to keep track. Essentially that is what Zodiac and Horoscopes are for.

The human potential is just that. It is only that. It’s depending on your understanding, aka awareness, aka consciousness.

This information is not unknown, it is just untaught.

I remember feeling enlightened when I realized “holidays” was just a pagan spin-off from biblical  “Holy Days” to distract us and keep pagan rituals.

Then I found out Biblical Holy(Helios) Days, are just a religious spinoff from Nature’s Sun(Helios) days. Created for the same reason.

Not everyone is going to run out and cancel all their holidays. Depending on your family that may take a few Generations. The spark of curiosity is all this needed for now. We’re only on the cusp of the new age.?

A little bit of science, math, history, and knowledge of self.

And now you can no longer be surprised when March 20th rolls around and we greet you with “Happy New Year!??”

As we try to disconnect from foreign rituals, and reconnect with nature. Ase’ 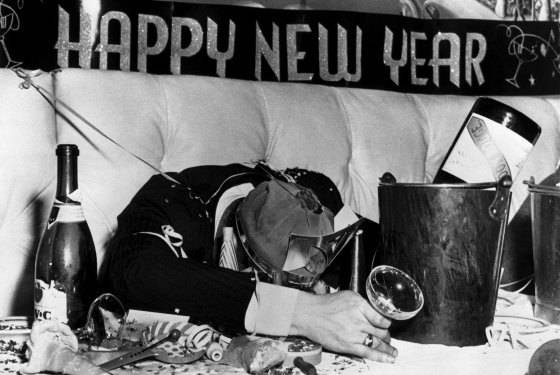 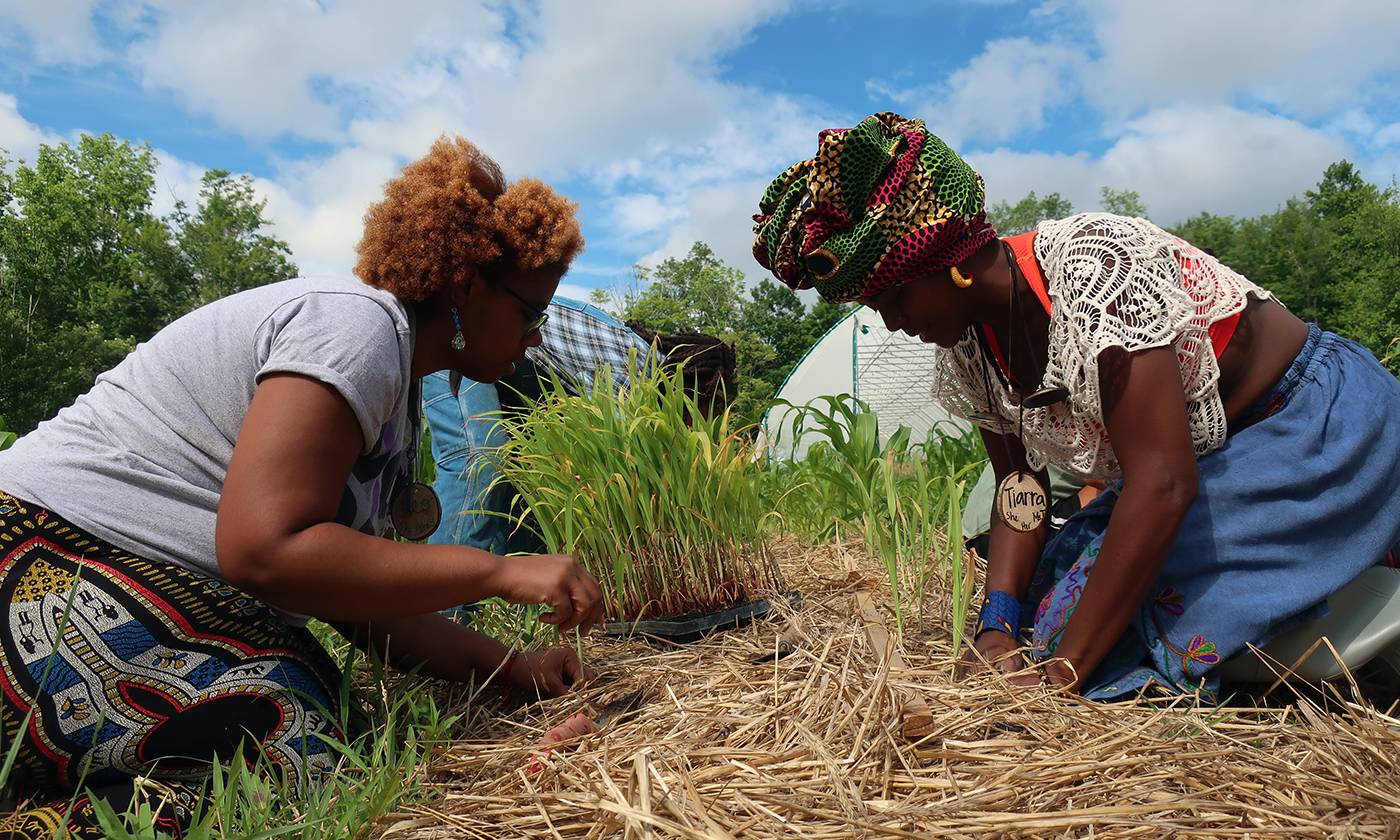 Previous: The Proverbs of Amenemope